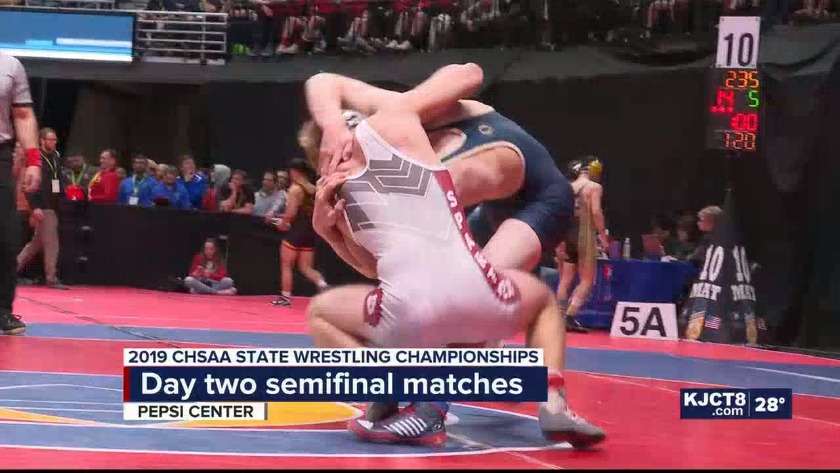 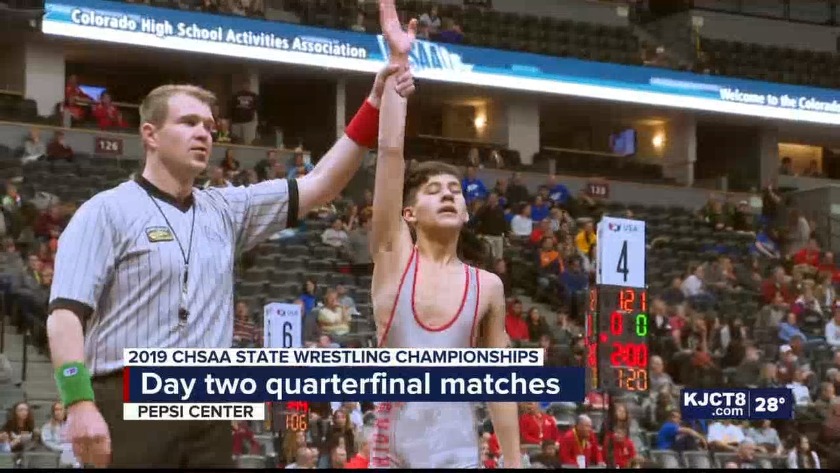 DENVER (KKCO/KJCT)-- Friday was a tough night for many wrestlers from the Western Slope, Davian Sandoval of Central fell short of the championship match by a 3-2 decision.

Sergio Campos headed to the championship round after a close match.
Paonia's Sackett Chesnick was in overtime, but got turned over. He will still place Saturday.

Meeker's Tannen Kennedy was quick to get off the mat in a good way, with a pin in the first round. He's onto the championship match.

Olathe's Clay Yarnell flips his opponent at the last second, but the referees said he didn't get it in time. Unfortunately he came up just short.